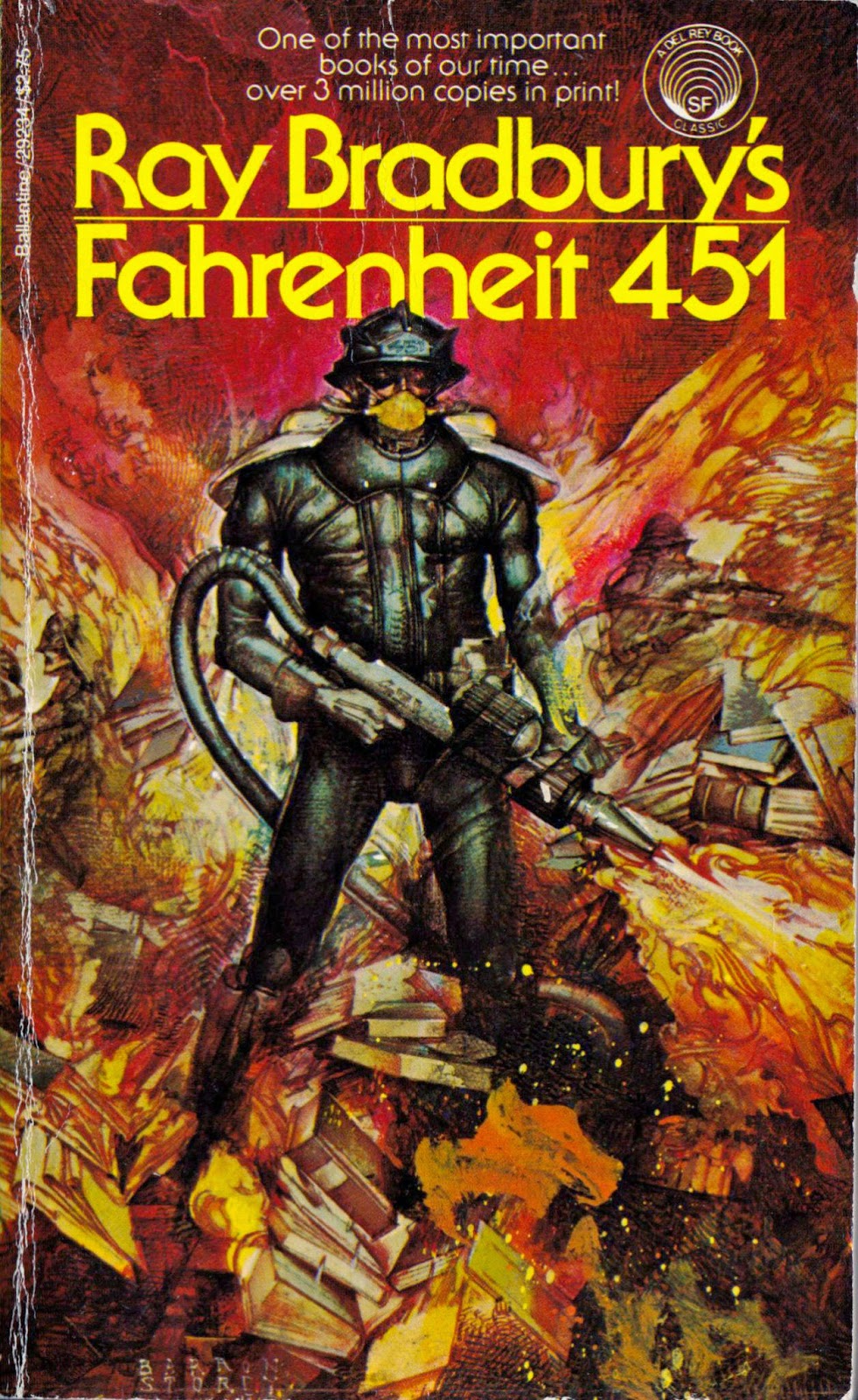 The name comes from the temperature at which books will burn. It is about a future world where firefighters are no longer needed to put out fires since buildings are built to be fireproof. They are instead responsible for seeking out and burning books in a world similar to the middle ages where information is destroyed in order to prevent dissention.

I did spend a lot of time after this reading about the periods through history when books were burned. It is both disturbing and depressing to think of how much we regressed in those times. Where would humanity be now if those incidents never happened?

There were a lot of original ideas in this book but to be honest, it is not the kind of writing I enjoy. It feels like a lengthened short story and on further investigation, I found that it basically was.

Yes, this is my third book in three days. When I can't stop my brain from overthinking EVERYTHING, I read. It lets me escape my own thoughts and enter in to a world in which I don't exist. I share the concerns of the protagonist and forget my petty worries. I wonder if other people go to books to escape stress.

It might be time to move away from dystopian science fiction for a while. Not sure what awaits me now. Maybe I need a Kindle shuffle feature. Or I can just throw my to-read book pile in the air and read the next one I catch.

Should I read this? Honestly, don't bother. There is much better science fiction out there. This is a classic because it helped shape the genre. Read its spawn and leave this on that list of stuff to read when they've burned all the other good books.
What did I learn? The autoignition point of paper.
Posted by Damana Madden at 04:23