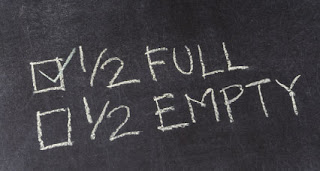 As an eternal optimist, it takes some effort to listen to the way people are voicing their dislike of 2016. Despite what I think, it is important that I do listen and try to understand why people are so disappointed and dismayed at the last 11 months.

In my short 40 years on this planet, I've seen the world change in ways I did not expect. Events like the 1989 Tiananmen Square protests;  the Arab Spring; the Collapse of Apartheid in South Africa; and many other pivotal moments/revolutions/movements.

Apart from political disruption and change, just this year there have been significant discoveries in science like mapping the epigenome; surprise concessions from religious leaders like the Pope allowing priests to absolve people of sins of abortion (no, I'm not religious, just surprised);  and the undeniable rise of Corpratocracy.

Has the world all of a sudden become a cesspool or are we just more aware of what is going on?

I believe it is the latter.

The slow questioning of mainstream media, the rise and rise of social media and the increased pressure for individual critical thinking is pulling people away from their cat videos and making people think.

Conspiracy theorists are running with this. Liberals are smugly nodding that they told you so. People who took TV and newspaper news as gospel are the ones who are finding this the most revealing. They are wondering if anyone can be trusted and are now looking for new leadership. I truly don't know the answer but I have faith in people doing what is best for the group and not just themselves.

As an eternal optimist, I don't think this is a bad thing. It is an uncomfortable awakening but an awakening all the same.
Posted by Damana Madden at 21:28