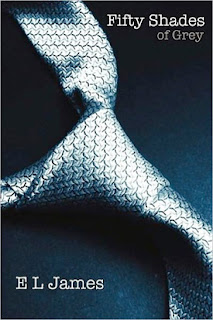 I attempted to read this when it first came out and was a big deal. My attempted failed about 50 pages in when I couldn't stand the overly simplistic immature female character bored me. As I passed page 50 this time, I felt the same but pushed through it because a couple of my friends insisted that I shouldn't write off a book as rubbish if I had never read the whole thing.
So, I read it.

To counter that though, there were a few things I liked. I liked the way it ended. It is the first time in the entire book that I had any respect for the main character and that is tragic in itself.

Should I read this? There are better examples from this genre so, no.
What did I learn? Reading the first 50 pages of a book is enough to write it off.
Posted by Damana Madden at 12:14