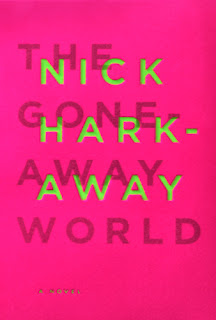 Harkaway is the son of John le Carré so no pressure. I didn't find this out until more than half way through the book but then it made a lot of sense. Some online critic described this Le Carré with ninjas but that is unfair and overly simplistic. Harkaway is a great writer independently of his great writer father.

This is an original story which I'd say is closest to Fight Club than most other books I can compare to.

I can't talk too much about the story because there are too many spoilers and you must take the journey yourself.

Should I read this? Without a doubt, yes.

What did I learn? There are very few writers who write this well. This is an adventure in writing and is so well executed that I sometimes felt dirty.
Posted by Damana Madden at 14:42